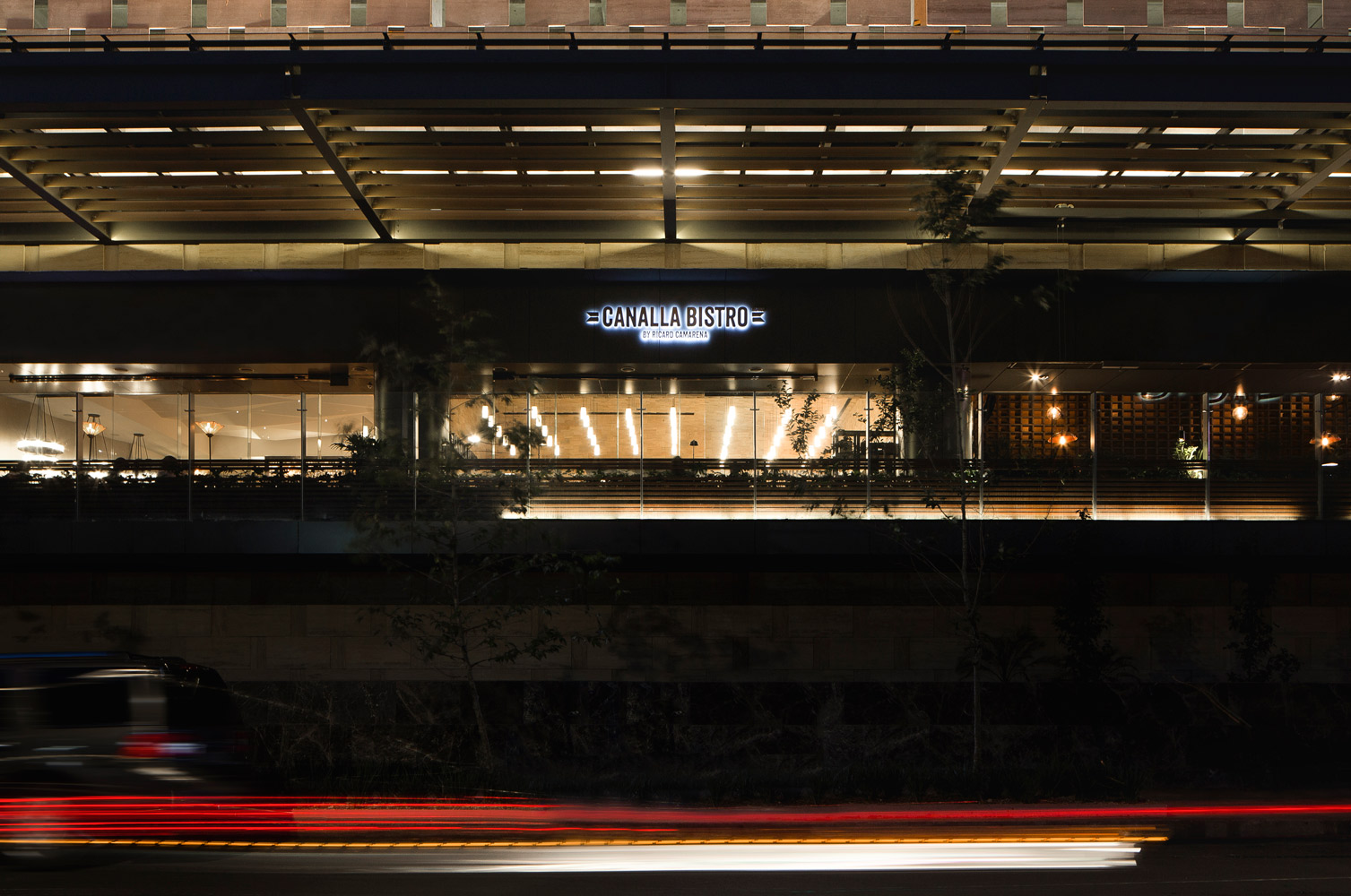 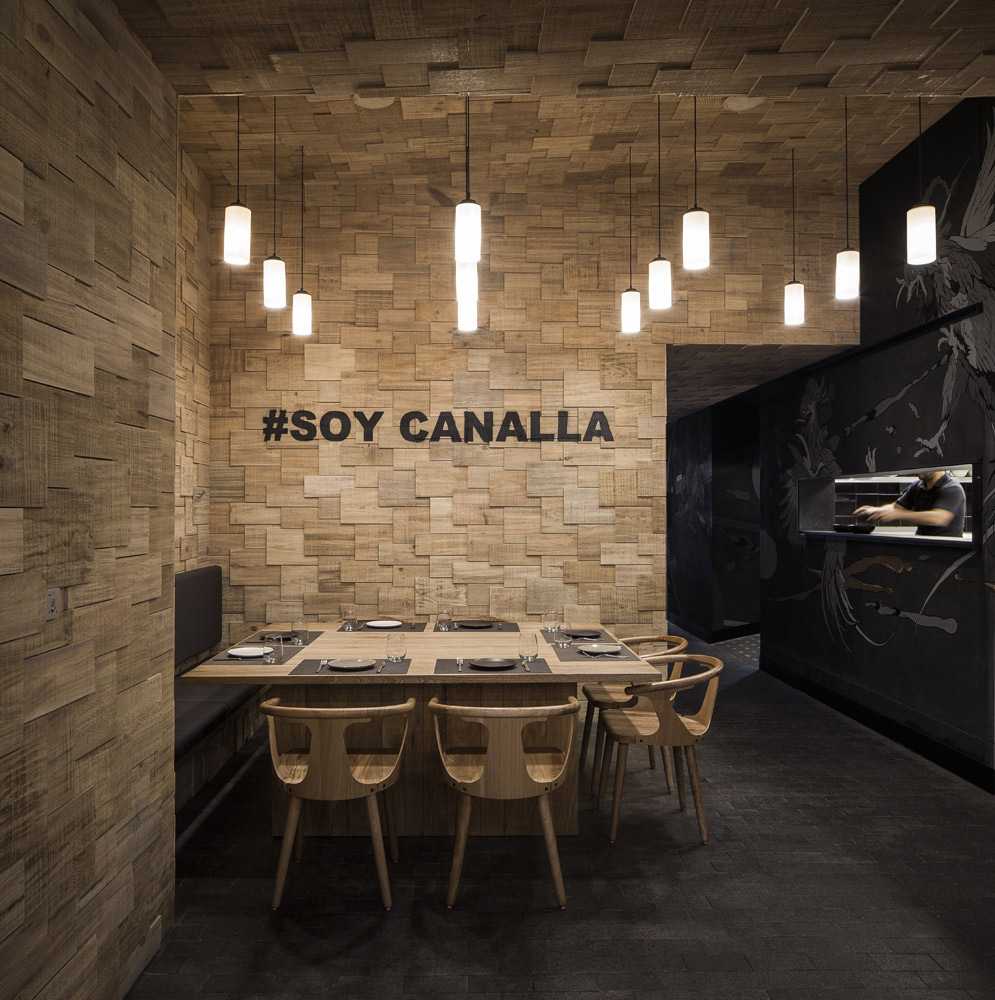 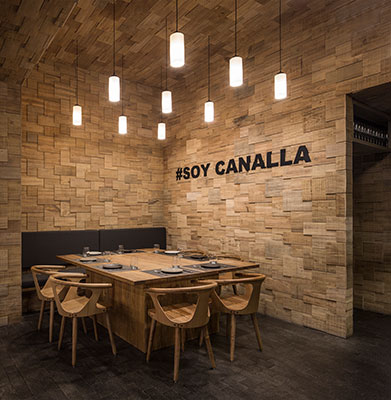 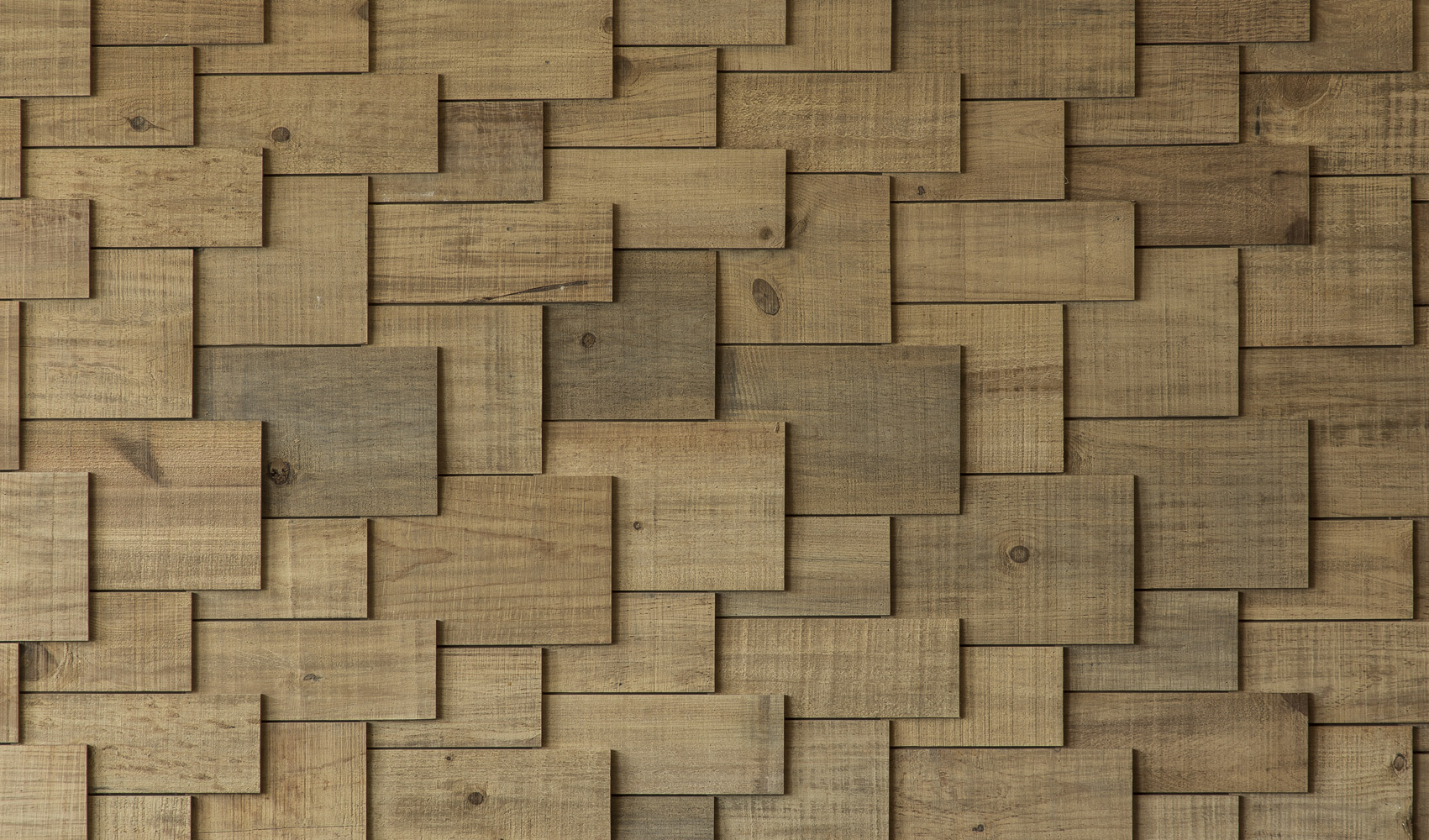 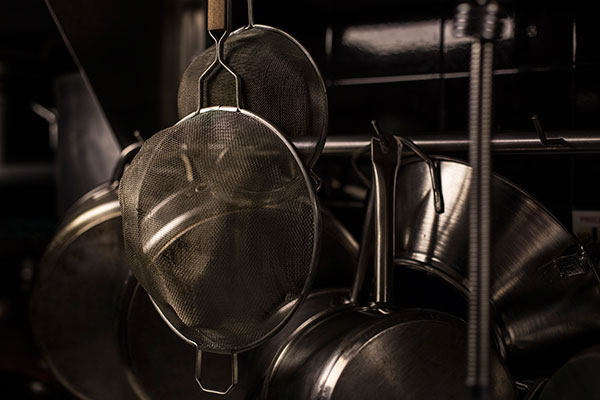 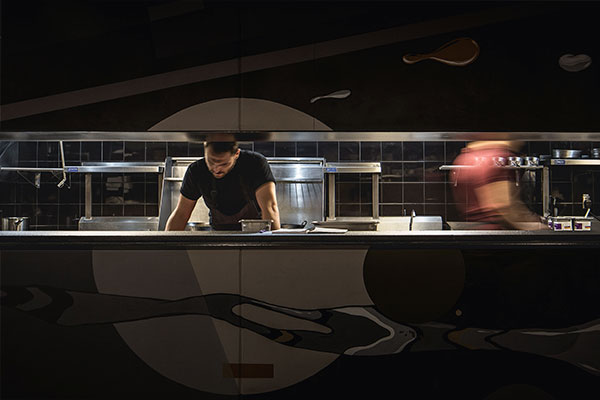 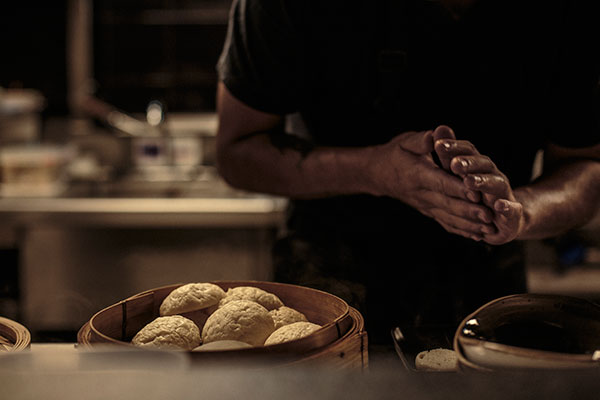 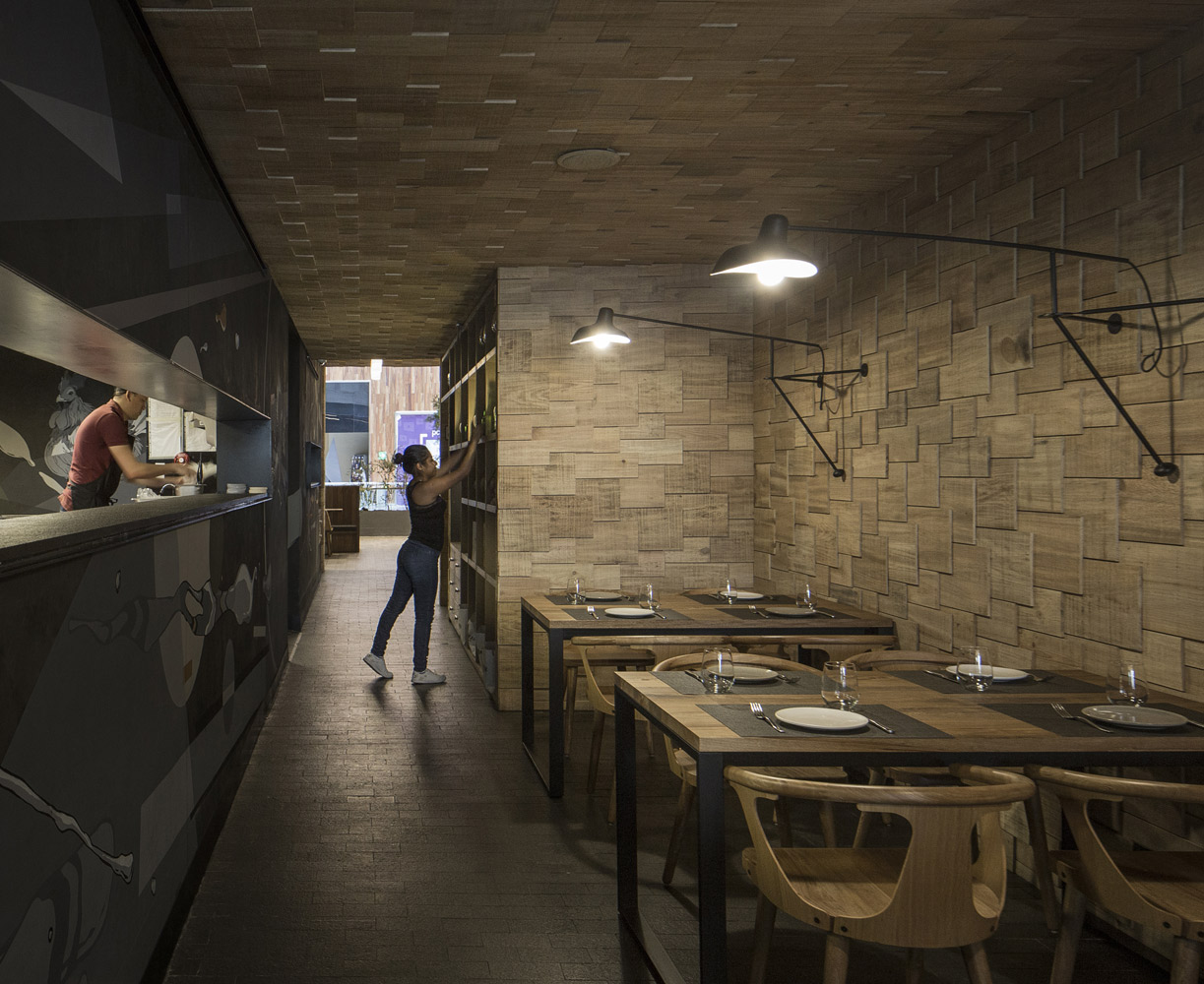 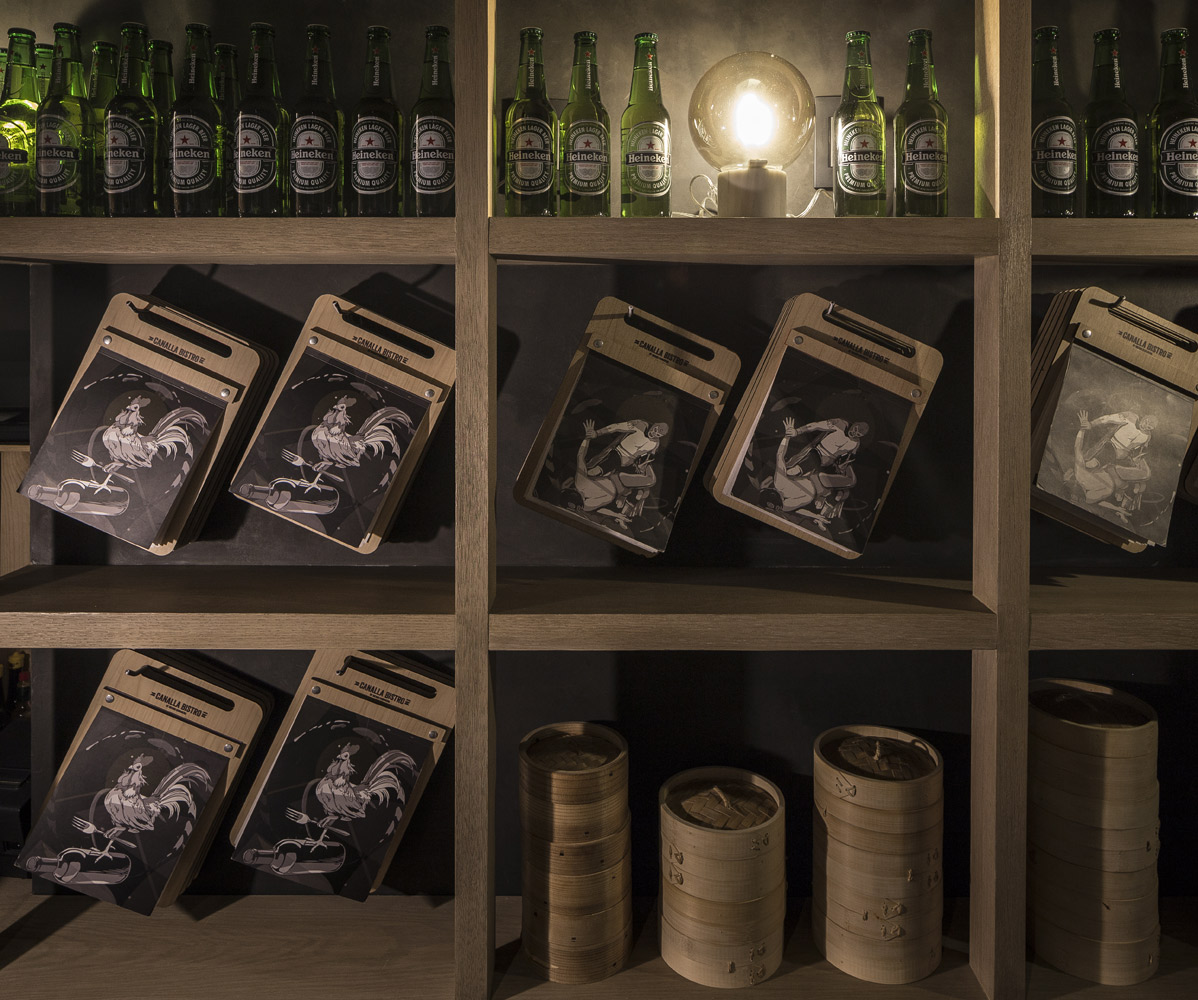 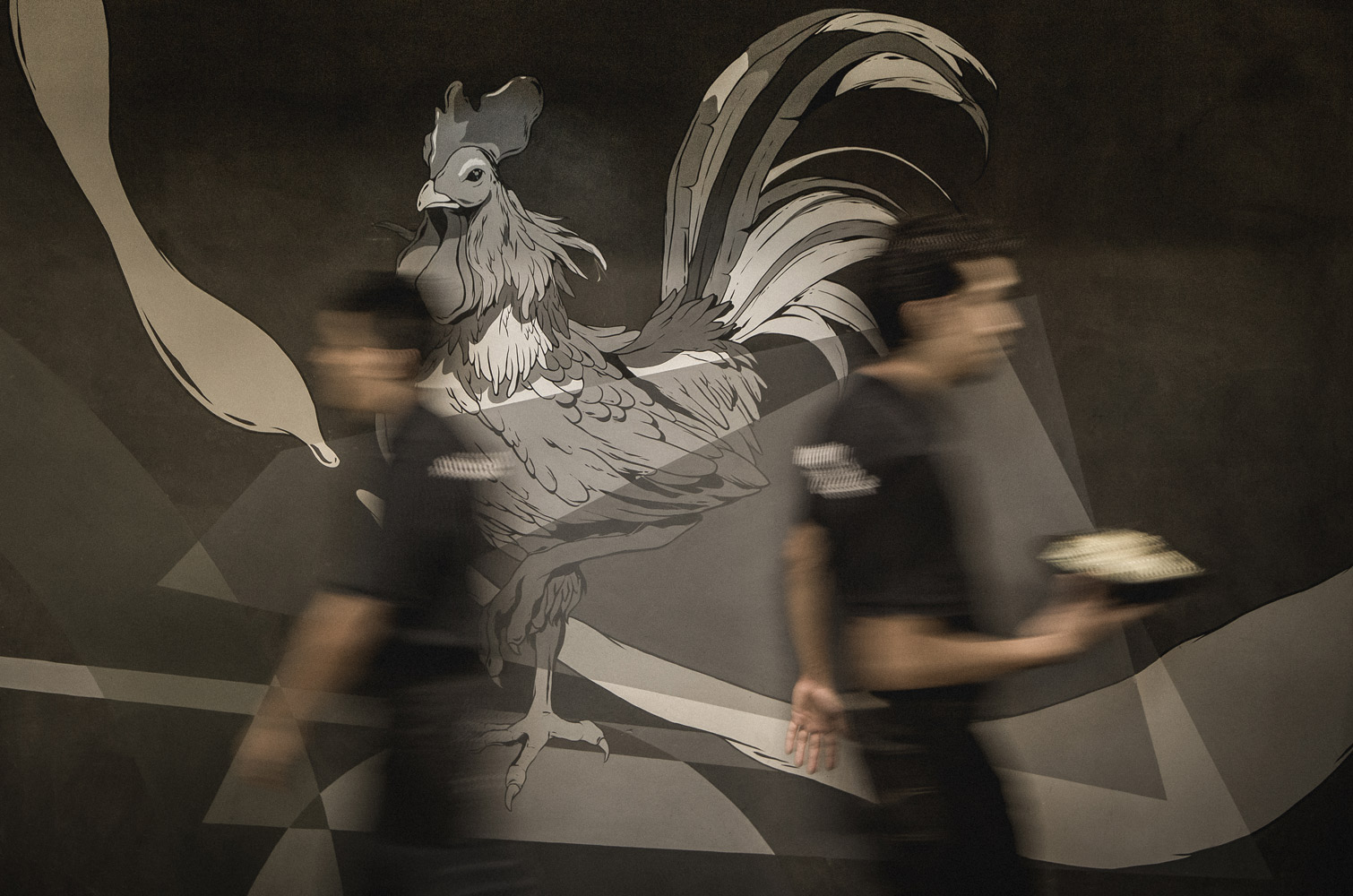 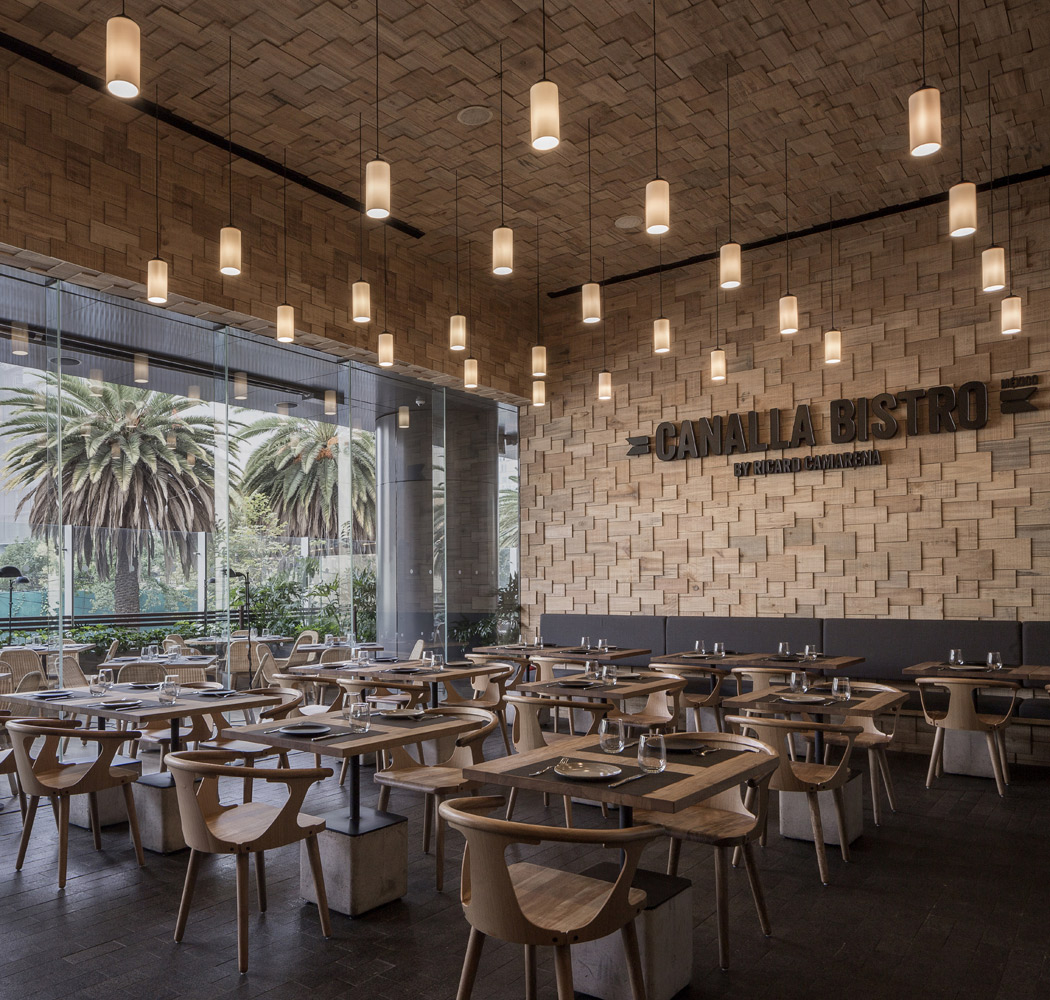 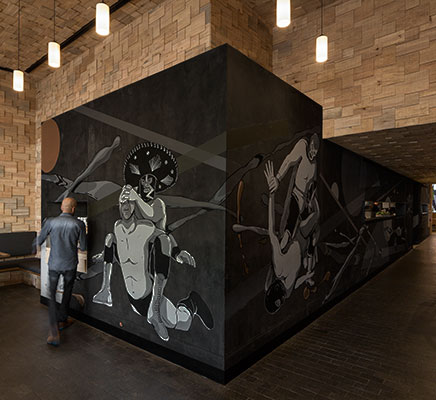 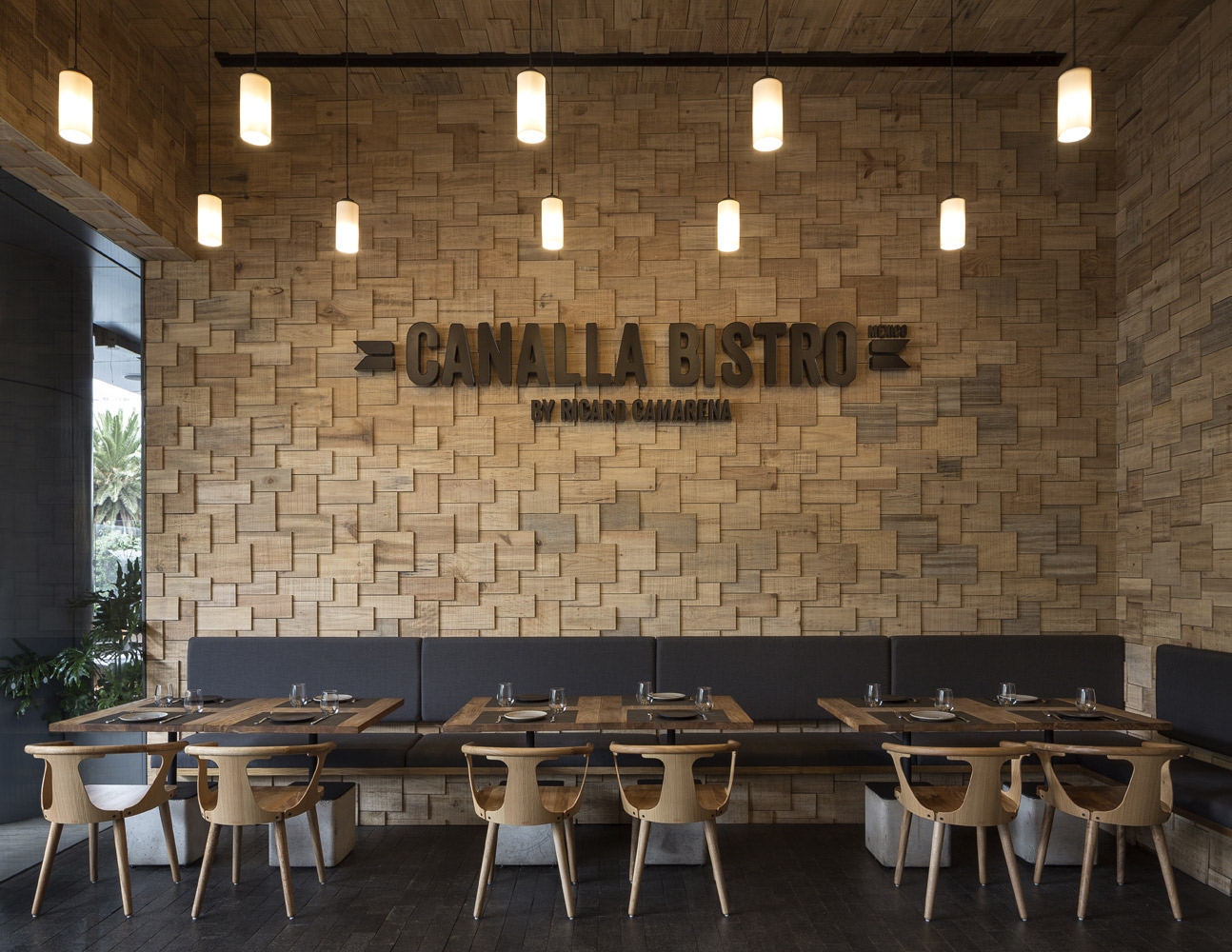 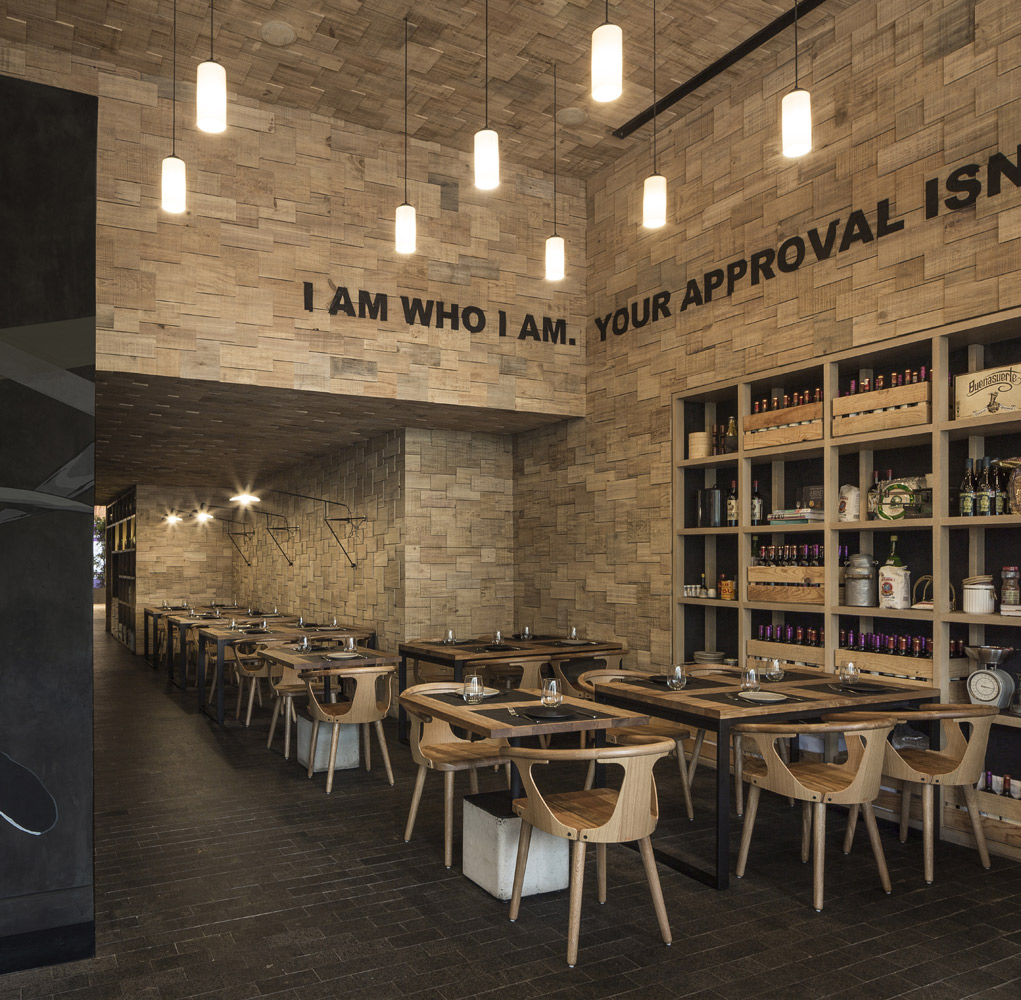 This approach from the studio to Ricard Camarena’s cuisine, represent Canalla Bistro’s evolution towards a more mature and audacious proposalIn Mexico City the restaurant has been conceived by Grupo Presidente, so the representation of the two cultures has played a significant role. With a conscious selection of autochthonous woods —from Mexico and Spain— we created a singular texture on the walls that acts as an extension of the original idea of Canalla Bistro, in which old boxes of oranges were used. We also developed a mixture of purity and rigor, inherent to the philosophy of the studio, with the informal character of the concept, proposing the small-format stone floor —type paving stone— as an expression of the most urban side of the city.